Update your skills, Meet your academic heroes, Engage in high-level debates and refine your ideas enhance your knowledge base, and broaden your horizons, Visit a new place and have fun, - all in one place!

If you are interested to be a part of this event as a speaker or delegate!

ME Conferences invites all the participants from all over the world to attend 10th International Conference on Chronic Obstructive Pulmonary Disease during October 26-27, 2020 at Cape Town, South Africa. This meeting deals with the advanced research technologies in the field of pulmonology and also about the new treatment approaches which are formulated by scientists to treat numerous diseases in an easier method which includes encouraging keynote presentation, Oral speech, Poster presentations, Exhibitions.

International Conference on Chronic Obstructive Pulmonary Disease aims to bring together globally distinguished academics in the field of Pulmonologists, Pulmonary specialists, Respiratory specialist, Chest medicine specialist, paediatric pulmonologists, Public Health professionals, Scientists, Academic scientists, Researchers, Intellectuals, to exchange about state of the art Research and Technologies and to bring discoveries of cancer to Patients. To understand the  current state of research and the challenges to future discovery.

Heart failure is often caused by high blood pressure or coronary artery disease. It’s often directly related to COPD.  The two conditions may influence each other. Low oxygen in the blood from COPD may put extra strain on the heart, which worsens heart failure. The too much fluid in your lungs from heart failure can make breathing even harder if you have COPD.

The first and most important thing to be followed is to quit smoking. Treatment can reduce symptoms, prevent impediments, and generally slow down the disease progression. Medication through the Bronchodilators helps in relaxation of the muscles of the airways Glucocorticosteroids can be added to reduce inflammation in the airways. Although there is medication for COPD but permanent cure is still on research.

Track 14: Prevention and Management of COPD

According to the Center for Disease Control and Prevention (CDC) the finest way to prevent getting COPD is to abandon smoking. Mark the environment free from secondhand smoke. The aim of COPD treatment is to dismiss symptoms, slow the deterioration of lung function, decrease exacerbations, and improve quality of life. Pulmonary rehabilitation can progress the well being with special exercises, psychological counselling , COPD education

Pulmonary embolism is the formation of  blood clot that occurs in the lungs. It can harm portion of the lung due to restricted blood flow, reduced oxygen levels in the blood, and affect other organs also. Large or multiple blood clots can be lethal. The blockage can be deadly. Pulmonary embolism results in the death of one-third of people who are undiagnosed or untreated. The instant emergency treatment significantly increases your chances of avoiding permanent lung damage.

Developments in Lung-Volume-Reduction Surgery (LVRS) and lung transplantation offers  the COPD patients improved quality of life to the patients with advanced chronic obstructive pulmonary disease treatment. Currently the number of surgical procedures improved at an almost exponential rate. The operations were done through a median sternotomy and engaged a linear stapling device fitted with the strips of bovine pericardium to minimize the  air leakage through the staple holes. 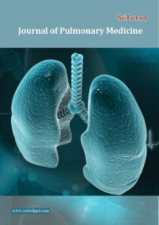