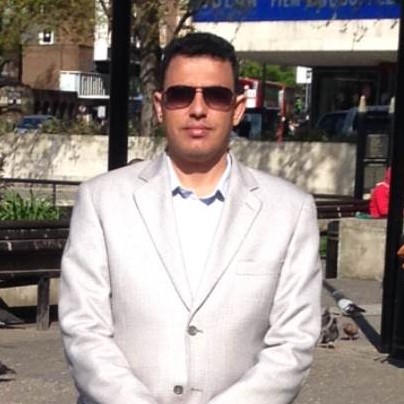 With the achievement of the preceding conferences, we warmly encourage all the participants beyond the world to attend our upcoming conference “11th International Conference on Chronic Obstructive Pulmonary Disease (COPD)” which is registered to be held on August 25th, 2022 Webinar.

Honoured speakers submit their abstracts of presentation and receive the honor of publication of accepted abstract in the conference proceeding Open Access Journals.

The Title, subject content of 250-300 words, speaker full name, academic degree(s), University/institution name, address, email, contact number, and recent pass photograph in a word document. You will be notified of all future updates from us concerning the status of your Submitted Abstract.

Chronic bronchitis is bronchial inflammation that increases the reliability. It's a regular occurrence among smokers. Persons with severe bronchi are much more vulnerable to lung infections. They also suffer from acute bronchitis, which causes their symptoms to increase. Though chronic bronchitis cannot be cured, there are some therapies that can help you overcome your symptoms. Bronchodilators open your airways, steroids lower inflammation, oxygen therapy, and pulmonary rehabilitation are among the treatment options.

COPD or chronic obstructive pulmonary disease is a collection of disorders that cause airflow obstruction and breathing disorders. Pulmonary edema and chronic bronchitis are instances. Chronic bronchitis and emphysema are among the disorders that make up COPD It makes respiration more difficult with time. Although lung damage cannot be reversed, medicines and a lifestyle change can help you to manage the effects.

Any condition in the lungs that prevents the lungs from performing correctly is referred to as lung disease. Lung disease may be categorized into three parts: Diseases of the lungs. The tubes (airways) that carry oxygen and other gases into and out of the lungs are damaged by several diseases. The airways are usually constricted or obstructed as a consequence of abnormalities.

Homozygosity for the Z allele of the alpha1-antitrypsin gene is the primarily known genetic risk factor for COPD. Heterozygotes for the Z allele may be at higher risk as well. Other mutations influencing alpha1-antitrypsin structure or gene expression regulation have been considered as risk factors. COPD isn't always carried down in generations. Things you're exposed to, such as cigarette smoke or chemical fumes, are usually the reason. However, genes can sometimes have a role in illness.

Bronchodilators are medicines that relax the muscles around your airways and are commonly found in inhalers. Coughing and shortness of breath may be relieved, and respiration may become easier. The initial line of protection is short-acting bronchodilator inhalers. Bronchodilators are medicines that relax and expand your airways, allowing breathing easier. There are two types of short-acting bronchodilator inhaler are beta-2 agonist inhalers (such as salbutamol and terbutaline) and beta-2 antagonist inhalers (such as salbutamol and terbutaline).

Track 6: Depression and Anxiety in COPD

Anxiety and panic attacks can make it difficult to breathe or cause a person's breathing patterns to change. Because of this overlap of symptoms, a person with COPD is frequently caught in a loop in which COPD-related breathing difficulties generate anxiety, which makes breathing even more difficult.

Whereas smoking is still the most frequent cause of COPD, other risk factors such as genetics and occupational and environmental exposures are also relevant. COPD is still a serious public health problem that is frequently misdiagnosed, especially in its early stages. Cough and mucous symptoms in men and women were increased by previous smoking and age.

High blood pressure or coronary heart disease is frequent cause of heart failure. It's frequently linked to COPD. Both illnesses could have an effect on each other. COPD causes low partial pressure of oxygen, which puts additional strain on the heart, exacerbating heart failure. If you have COPD, too much fluid in your lungs from heart failure can make breathing even more challenging.

Lung-Volume-Reduction Surgery (LVRS) and lung transplantation advances provide COPD people with severe chronic obstructive pulmonary disease therapy a better quality of life. The number of surgical operations is now growing at an almost exponential rate. To limit air leakage via the staple holes, the surgeries were performed using a middle sternotomy and a linear stapling device connected with strips of bovine pericardium.

Patients who have never been treated for COPD are more likely to develop complications. Lung infections, Pneumothorax, Heart Problems, Poor Gas Exchange Osteoporosis, Weight Issues, Difficulty Sleeping, Weak Arms and Legs, Diabetes, Depression and Anxiety are one of the most common consequences.

The development of adverse functional changes related to disease is referred to as pathophysiology. The symptoms progress from a mucus cough to trouble breathing. Cigarette smoking causes COPD and lung cancer, and there is growing evidence that the two illnesses share a shared ethology.

In COPD, self-management, focused on an action plan for improved and better contact between the patient and health care professionals, makes clinical sense. The reality that symptoms of COPD can change on a regular basis owing to disease exacerbations and progression is a common feature. As a result, the best strategy to prevent COPD is to avoid or stop smoking. Before taking drugs, making meals, eating, coughing or sneezing, using the restroom, handling filthy linens or clothes, and after being near somebody with a cold or the flu, as well as after being surrounded by others, you should be hygienic.

Track 14: Prevention and Awareness on COPD

The nose, sinuses, nasal passages, larynx, throat, trachea (windpipe), diaphragm, lungs, chest wall, pulmonary circulation (blood circulation through the lungs), and the ventilator control system in the brain are all impacted by respiratory disorders. Respiratory and Sleep Medicine is equipped with cutting-edge technology and represents clinicians' greatest toolbox for treating and managing a huge spectrum of respiratory and sleep diseases.

The creation of a blood clot in the lungs is termed as pulmonary embolism. It can cause damage to a section of the lung due to restricted blood flow and low blood oxygen levels, as well as other organs. Blood clots that are large or many can be fatal. The obstruction has the ability to be devastating. One-third of persons with pulmonary embolism die because they are undetected or mistreated. You have a far better chance of preventing permanent lung damage if you receive emergency care right away